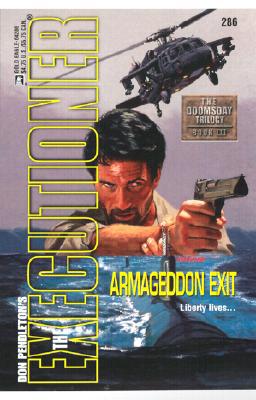 The United States is under siege, locked in a campaign of madness masterminded by an enemy whose network encompasses a sinister world of traitors within the U.S. military, government and intelligence circles. As the fires of treason burn across the country, the final salvo to destroy democracy is fired . . .

But America is ready to fight back. And Mack Bolan is running point, operating with a green light from the President to command a covert campaign that stretches stateside to the Pacific, to the heart of a twisted conspiracy born in North Korea, and finally, back home, to the traitors hiding deep within the government.

The Executioner will see that justice lives large. No mercy. No prisoners.
Reviews from Goodreads.com