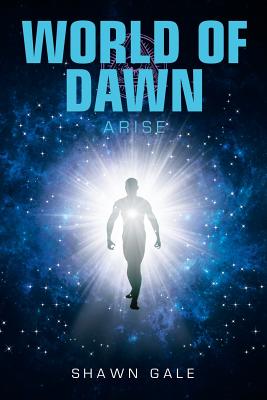 Share:
www.worldofdawn
The year is 2014, and Tanner Kurtz finds himself residing at a farm for troubled youth, Halton House, in Washington State. It’s run by Brad Conroy, a retired marine and an advocate for alternative sentencing. Conroy and his staff work doggedly to help the young men who reside on the farm grow into mature, responsible adults. Instead of exploiting weaknesses, the staff at Halton House have a mandate to foster strengths, choosing to see the possibilities, not the limitations.
On a spring evening (landslide season in the Pacific Northwest), the boys from Halton House finish playing a three-on-three  basketball game against a local prep school. After losing the game, they head for home with Brad Conroy, Mimi, the social worker, as well as Conroy’s  nieces, Anna and Tabby, who are visiting from San Francisco over the spring break. When they come to a road crew clearing a landslide, they learn the highway will be closed until morning. They’re  faced with a dilemma: return to the city for the night and miss Hena give birth to her colt (an event they’ve  been waiting months to witness) or take the three-hour rugged mountain detour on Windigo Road. They vote for the latter, and after a brief stop, they begin to ascend the mountain.
They’ve only been on the mountain a few minutes when suddenly a landslide strikes the van and sweeps it away in a wave of earth, rock, and timber. When Tanner awakens, he finds they've been buried alive inside the van. He rouses the others. They begin to dig out of their steel tomb. Once all out (after narrowly escaping the van before it plunges into a canyon) they realize they’re  not in Kansas anymore. In the sky are three massive ringed planets, and in the distance, towering trees like skyscrapers spear the clouds. It’s a primeval landscape similar to Earth yet at the same time vastly different. Cut, addled, and bruised, the group tries to make sense of the alien world they now find themselves in. They’re soon taken in by the Sawnay tribe. They learn the Sawnay intentionally left Earth through a stargate four hundred years earlier, after their shamans foresaw the ravages that would be caused by Europeans.
Joining a party of Sawnay who are seeking the cause of a poison in the land, the group embarks on a journey to find a way home, a journey that will test their character, beliefs, faith in themselves, and faith in one another. At every step of the way, malignant forces seem to conspire against them—giant voracious birds, ravenous flesh-eating beetles, and Dejunga and his braves from the cannibalistic Wenda tribe sent by the mysterious One Who Knows. World of Dawn is a coming-of-age story in which the journey to find a way home becomes a quest to save a world.