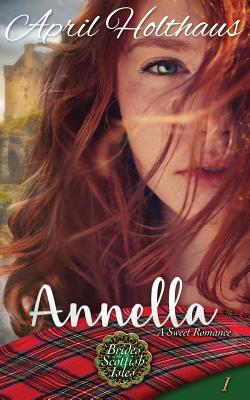 Share:
"Annella" is a sweet/clean edition of "The Honor of a Highlander" by April Holthaus Laird Rory MacKinnon set out join William Wallace after discovering an imminent threat as a warrior, he has given his heart and soul to fight for Scotland's freedom, until he meets a lass who has captured his heart like no other. Now, Rory must fight; not only to secure his own clan's freedom, but to save the woman he loves. Lady Annella, eldest daughter of the MacCallum clan, vows to never marry until the day Rory MacKinnon enters her life and opens her heart. As loyalties are tested, Annella is captured for denying to pledge her allegiance to the English King, and has earned her place in the gallows. Her fate now rests in Rory's hands.