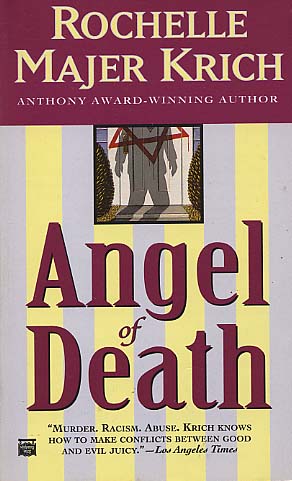 "The Angel of Death spared your forefathers--Will he spare you?"

To L.A. lawyer Barry Lewis, the note on his front door spells danger. To LAPD Detective Jessie Drake, it is as ominous as the Star of David scrawled across Lewis's paint-smeared door. Lewis, Jessie learns, is everyone's enemy. The Jewish community is inflamed when he represents neo-Nazis and Holocaust deniers determined to parade in their neighborhoods on Hitler's birthday. A son of Holocaust survivors himself, Lewis despises his clients--yet vehemently defends their First Amendment rights. Then hate turns to homicide, and Jessie is forced not only to find a killer, but to face her own prejudices and feelings about the Holocaust, along with some startling revelations about her city and herself. Meanwhile, passions are rising ...and the "angel of death" prepares to descend.
Reviews from Goodreads.com