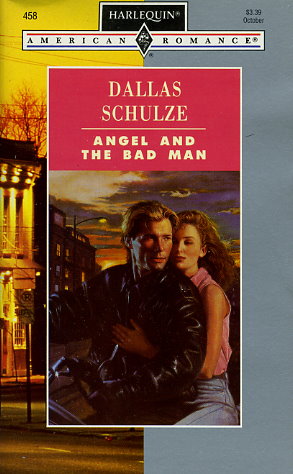 Since the stranger in black leather roared into Salem, California, on a black motorcycle, Angie Brady had taken more gambles than any intelligent woman should.

Travis Morgan was reputed to be bad to the bone, silent and deadly. It was said he broke hearts as carelessly as he broke laws. Angie was warned, but in a desperate hour Travis rescued her. In a flash he branded her soul.

When he pulled her up onto his bike, something hot and exciting sizzled between them ... and Angie was powerless to resist it. For the first time in her life, temptation was real and it had a name--Travis.

And nothing in the world could prevent her from discovering where this dark temptation would lead... .