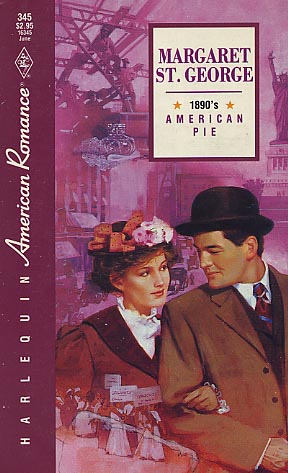 Spirited and ambitious, Polish immigrant Lucie Kolska arrives in New York on the eve of the twentieth century. Work is scarce, labor is cheap and the tenements are teeming. But Lucie's greatest challenge is born of the heart...

Proud and daring, Dublin native Jamie Kelly dreams of feasting on his slice of the pie -- and he's willing to risk everything to succeed in this brave new world of horseless carriages and moving pictures.

But to make it, Lucie and Jamie must cast off the baggage of their old ideas before they can embrace the best of what America offers: hope for th future and a love that is glory, refuge and strength .... A love that is as brilliant as the promise of the American Dream.