All That Is Lost between Us — Sara Foster 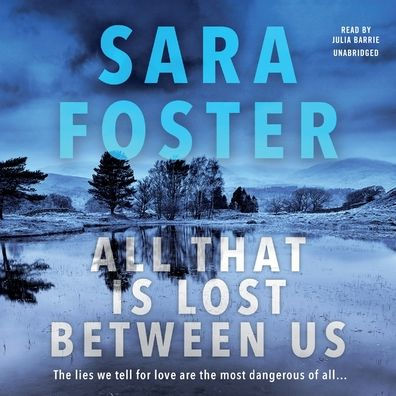 Share:
A mother’s worst fears. A daughter in distress. A family falling apart.Seventeen-year-old Georgia has a secret—one that is isolating her from everyone she loves. She is desperate to tell her best friend, but Sophia is ignoring her, and she doesn’t know why. Before she can find out, Sophia is left fighting for her life after a hit and run, with Georgia a traumatized witness.As a school psychologist, Georgia’s mother Anya should be used to dealing with scared adolescents. However, it’s very different when the girl who needs help is your own child. Meanwhile, Georgia’s father is wracked with a guilt he can’t share; and when Zac, Georgia’s younger brother, stumbles on an unlikely truth, the family relationships really begin to unravel.Georgia’s secret is about to go viral. And yet, it will be the stranger heading for the family home who will leave her running through the countryside into terrible danger. Can the Turner family rise above the lies they have told to betray or protect one another, in order to fight for what matters most of all?Set against the stark, rugged beauty of England’s Lake District, All That is Lost between Us is a timeless thriller with a modern twist.