After the Roses — Kay Gregory 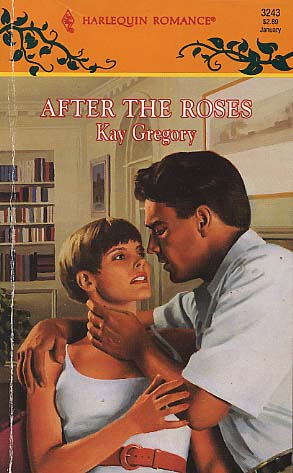 She was a winner--against her will!

After a marriage that wasn't particularly happy, Damaris Gordon had decided she could do without further romantic involvements. Raising her young daughter and living a quiet, well-ordered life was contentment enough.

Then, one night, Damaris attended a charity function, and to her complete shock and surprise, won a contest she hadn't even known she'd entered--for a "celebrity" date with well-known entrepreneur Joel Agar. A date she hadn't even wanted....

Joel was handsome, successful and far too arrogant for her liking. But after their date, Damaris had to admit she was attracted to him. Strongly attracted. And despite their constant arguing, Joel must have felt the same way. Why else would he keep sending her roses?
Reviews from Goodreads.com