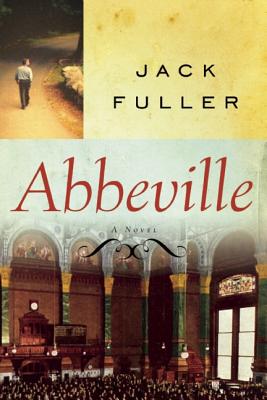 Share:
Until the dot.com bubble burst, George Bailey never gave much thought to why his grandfather seemed so happy.

But then George's wealth vanished, rocking his self-confidence, threatening his family's security and making his adolescent son's difficult life even more painful. Returning to the little Central Illinois farm town of Abbeville, where his grandfather had prospered and then fallen into ruin, flattened during the Depression, George seeks out the details of this remarkable man's rise, fall, and spiritual rebirth, hoping he might find a way to recover himself.

Abbeville sweeps through the history of late-19th through early-21st century AmericaÂ -- among loggers stripping the North Woods bare, at the World's Columbian Exposition of 1893, with French soldiers at the Battle of Verdun, into the abyss of the Depression, and finally toward the new millennium's own nightmares. At the same time it examines life at its most intimate. How can one hold onto meaning amidst the brutally indifferent cycles of war and peace, flood and drought, boom and bust, life and death?

In clean, evocative prose that reveals the complexity of people's moral and spiritual lives, Fuller tells the simple story of a man riding the crests and chasms of the 20th century, struggling through personal grief, war, and material failure to find a place where the spirit may repose. An American story about rediscovering where we've been and how we've come to be who we are today, Abbeville tells the tale of the world in small, of one man's pilgrimage to come to terms with himself while learning to embrace the world around him.