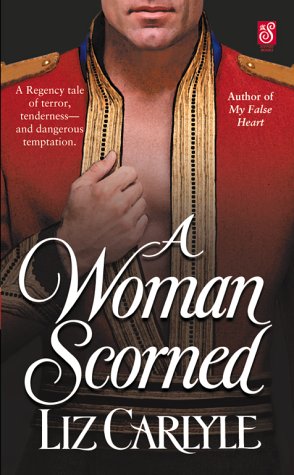 Hell hath no fury like a woman scorned, and Jonet Rowland is surely that. But she is also lovely, rich, and it is rumored -- an unrepentant adultress. When her philandering husband, the marquis of Mercer, is mudered in his own bed, it's whispered that Jonet is a femme fatale in more ways than one. Shunned by society, the daring widow steels herself to fight for what truly matters -- her children

When his scheming uncle begs him to investigate the death of his brother, Lord Mercer, Captain Cole Amherst refuses. But it is soon apparent that treachery stalks two innocent boys, and Cole plunges into the viper's pit that is Jonet Rowland's life. Nothing could have prepared Cole for the lust Jonet inspires. But as danger swirls about them, he is tortured by doubt. Can an honorable soldier open his shuttered heart and let a wicked widow teach him how to truly love?
Reviews from Goodreads.com

Pretty good, but the last 150 pages