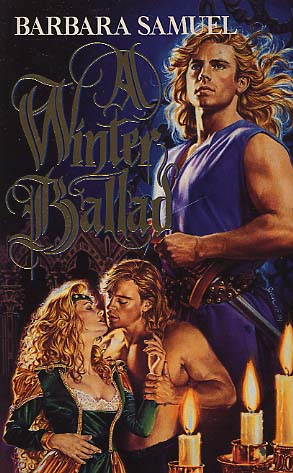 Anya of Winterbourne had suffered nothing but humiliation at the hands of men. And yet when she found a fallen knight in a still winter forest, she could not leave him to die.

Weary of battle and pursued by assassins, Christian de Moreerx would have liked nothing more than to stay at Winterbourne and champion the elusive and beleaguered Lady Anya. But his past contained a secret he had to decipher if he was to live, and his presence could only bring more disaster to the manor.

A GREAT AND DANGEROUS GAME

To thwart their separate enemies, Lady Anya and her broken knight battle virulent forces and face death itself to win the love that would long be sung by troubadours as... A WINTER BALLAD
Reviews from Goodreads.com