A View of the River — Kathleen Eagle 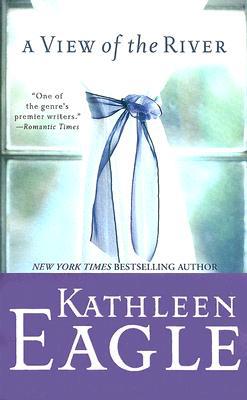 Share:
If you look closely enough, you can find love everywhere.

A descendant of a courageous band of Ojibwe, Birch Trueblood is now a local shaman doing a booming business with the New Age believers and tourists. With a young daughter to care for, he manages to mask his cynical attitude about life and his so-called art. But everything changes when he's called to work his magic at an historic old house where he meets a woman who's about to make him a believer.

Rochelle LeClair has crossed paths with Birch before -- and has no reason to change her opinion that he's a fake and a charlatan. Running Rosewood, a fledgling bed-and-breakfast, Rochelle is forced to come face-to-face with Birch again when her eccentric aunt hires him to communicate with the house's ghostly presences -- but it's Birch's own presence that plays havoc with Rochelle's senses. As family rivalries and buried lies are exposed, the spirits of the past will come to light, along with the deepest secrets of Rochelle's heart.