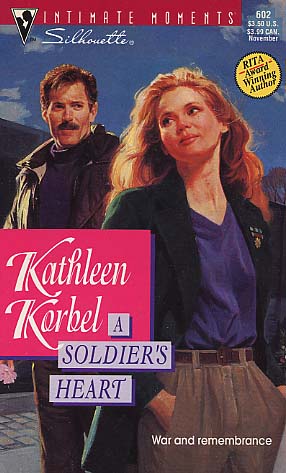 Over 20 years earlier, in a war-torn foreign land, an unnamed nurse had struggled valiantly to pull Tony Riordan away from the brink of death. She'd given him a most precious gift-the will to live. And now Tony could see the confusion in Claire Henderson's eyes, could see her struggle with the same nightmare images that had haunted him for years.

Claire Henderson had saved his life, and it was time to return the favor. As a marine sergeant and an army nurse, they'd shared the same overwhelming emotions and uncontrollable rage. But he had learned to handle the horror, while her soldier's heart was breaking beneath her woman's soul.