A Nest in the Ashes — Christine Goff 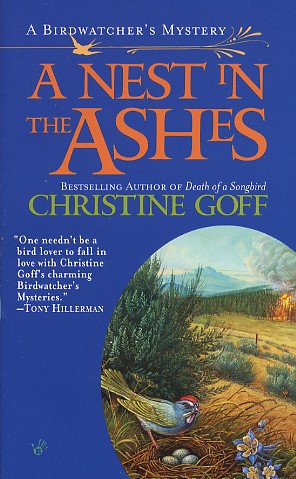 Share:
National Park Service ranger Eric Linenger has been asked to oversee a "prescribed burn" of 1,000 acres of Rocky Mountain National Park. Although he knows the controlled fire is a necessity, it threatens the habitat of Green-Tailed Towhees and Virginia Warblers. His friends at EPOCH are strongly opposed, but it's Eric's job. Once lit, the flames quickly spread beyond the intended acreage--destroying a real estate development before finally being extinguished. The body of Eric's boss, Wayne Devlin, is found near the origin of the blaze--and it appears as if he deliberately intended the fire to rage out of control. As Eric investigates, he discovers that many people had reasons for ensuring the burn went all to blazes--including some of his friends .. .