A Much Needed Holiday — Joan Hohl 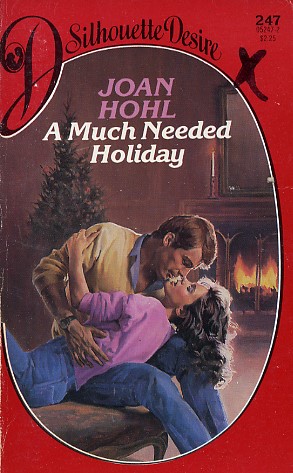 For Kate Warren, Christmas was a time of indifferent parents and empty feelings. So when she saw the beautiful child lost among the holiday shoppers, she vowed to give the neglectful parent a piece of her mind.

But she was unprepared for devastating Trace Sinclair. He was San Antonio's leading neurosurgeon, and he'd brought his daughter north to visit her loving grandmother--and unloving mother. Convinced that his wife's desertion had cured him of ever needing another woman, Trace was unprepared to lose his soul in Kate's smoldering eyes. But what began as a contest of wills became a victory for love, giving their hungry hearts a much needed holiday.
Reviews from Goodreads.com