A Mistake in Identity — Sandra Field 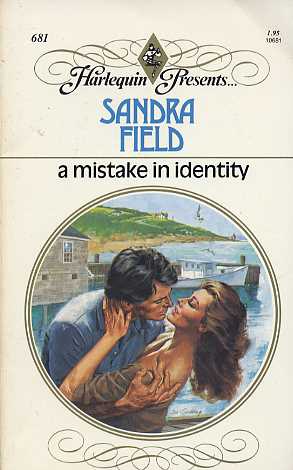 Caroline was falling in love with him

Sean Reilly kidnapped a girl he despised to make her pay for the awful thing she had done to his brother. The only problem was that he had kidnapped the wrong girl.

But how was he to know? Caroline had foolishly agreed to help a girl who looked so much like her that the switch would have tricked anyone. Gabrielle had duped them ail and was getting away with the perfect con.

Sean had to be convinced of his mistake, and Caroline had to face her own bittersweet truth--Sean had stolen her heart.
Reviews from Goodreads.com