A Man Worth Remembering — Delores Fossen 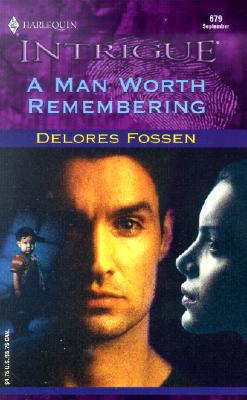 FBI agent Gabe Sanchez had his orders concerning witness Leigh O'Brien -- keep her alive, catch the bad guys, take care of her. The last was asking a lot, given that Leigh had vanished from his life two years ago. Now she was back, and Gabe wanted answers.Who was trying to kill her? Why did she leave without a word? Why did he still yearn for her, body and soul?

Leigh couldn't remember her name, let alone the sexy stranger who claimed to be her husband. All she knew was that she had to get to Houston in time to save a child in grave danger. But she and Gabe were in for the shock of their lives when they arrived at their destination...because the child they sought was their son!
Reviews from Goodreads.com