A Man Without Love — Beverly Bird 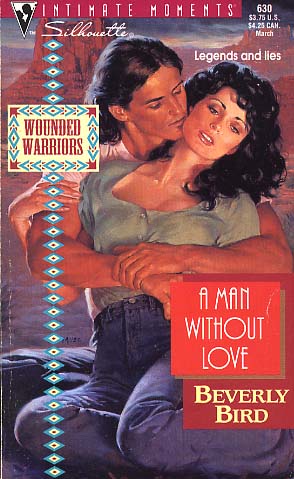 A WOMAN WITH A SECRET..

Catherine Landano was running scared, so she hid on a secluded reservation where the vast land could shelter her secrets. Yet enigmatic Navajo Jericho Bedonie didn't want her on his territory. His intimidating stares had her shaking with trepidation--and desire. Because Catherine knew that Jericho would be her savior ...or her destruction.

Jericho knew a woman like Catherine could never survive his rugged, unpredictable land. She needed tangible explanations, but some things defied logic ...like the potent sensual feelings she aroused. But Catherine was not who she pretended to be. And Jericho needed to uncover her deception--before it was too late ....

WOUNDED WARRIORS-- hungering for passion to soothe their lonely souls.
Reviews from Goodreads.com 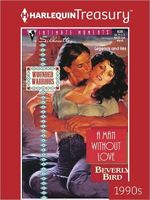