A Man Without a Wife — Beverly Bird 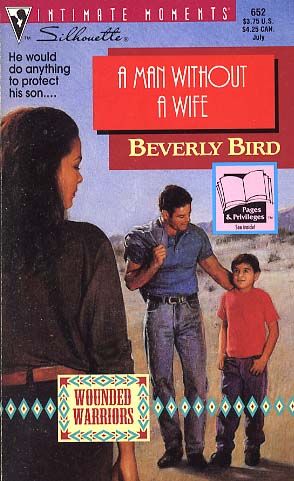 A WOMAN WITH A LONG-LOST CHILD

With a little finagling and a lot of fast talking, Ellen Lonetree could see the child she had given up. But she had to get past his adoptive father, Dallas Lazo--the most intimidating and virile man she'd ever met. And if he found out who she was, she would lose more than she'd bargained for....

Dallas couldn't believe his son's adoption was being challenged! Or that Ellen's interest was purely professional. Trouble was, she had eyes the color of midnight that threatened to turn his world inside out. And Dallas was rapidly losing control of his body...and his heart.

WOUNDED WARRIORS hungering for passion to soothe their lonely souls.
Reviews from Goodreads.com 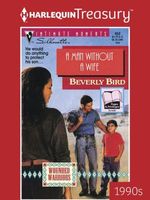