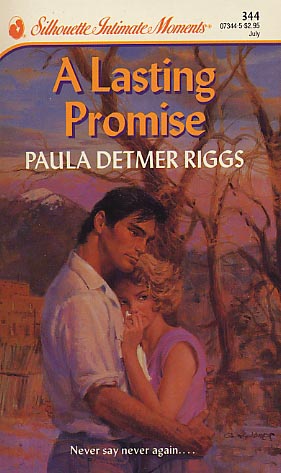 John Olvera had returned to New Mexico's Santa Ysabel Pueblo - a place he'd once tried to put behind him - determined to help his people preserve their ancient customs in a changing world. But to do that he needed help, help only his embittered ex-wife could give him. He needed her skilled hands and her healing spirit on the pueblo - and in his life.

Aurora Davenport had lost something precious at Santa Ysabel. The thought of returning, even to found a business that would bring prosperity and hope, filled her with fear. But she had to face her demons - and John Olvera. Because even after all the years they'd spent apart, the memory of their shattered love still haunted her.