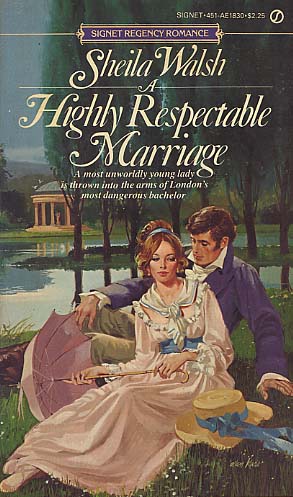 Lovely young Pandora Carlyon was the daughter of a gallant colonel--but now her father was dead, and Pandora was left unprotected in London, far from the battlefields of Europe where she had been raised.

It was up to Pandora to map out a campaign of survival for herself and her two brothers in this strange and scandalous world of English society. It was also up to her to defend her reputation and honor with every weapon at her command when the maddeningly handsome, shockingly notorious Duke of Heron proposed a most unthinkable alliance.

'Her Ladyship holds the conviction that you would make me the perfect wife.'

Handsome, distinguished, rich and bored - London's most notorious rake, the Duke of Heron, casts an amused eye over the efforts of Society's dowagers to find him a wife.

Already saddled with the guardianship of two French children, and with a discarded mistress threatening revenge, the last thing he needs is independent-minded Miss Pandora Carlyon - and her disconcerting talent for involving him in her affairs.