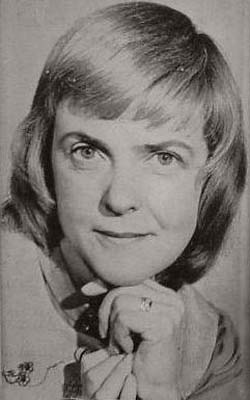 Sheila Frances O'Nions was born on 1928 in Birmingham, England, UK, daughter of Wilfred O'Nions, a civil servant, and Margaret (Moran). During the Second World War, her family moved to Southport, Lancashire, where she met her husband, Des Walsh, and married 1950. They had two daughters, Frances Mary "Fran" and Teresa "Tess". She worked in her husband's familiar jewelry store.

In 1971, she joined the Southport Writers' Circle, and in 1975 she published, her first novel, "The Golden Songbird" as Sheila F. Walsh, and won the Netta Muskett award for new writers from the Romantic Novelists' Association, and in 1984, her novel, A Highly Respectable Marriage won the Elizabeth Goudge award. Since 1980, she became the vice-president of the Romantic Novelists' Association, and later the thirteenth elected Chairman (1985-1987). En 1986, she was elected life president of the Southport Writers' Circle. She passed away in 20 January 2009, at 80.