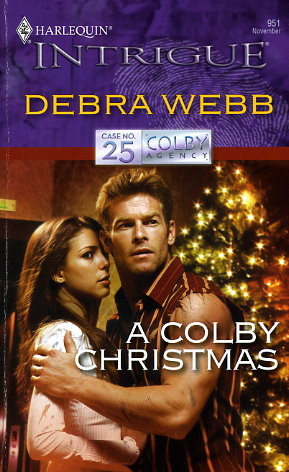 IT'S CASE NO. 25 FOR THE COLBY AGENCY...BUT WILL THEY CLOSE THE FILE BEFORE CHRISTMAS MORNING COMES?

Golden boy Brad Gibson never expected his climb up the corporate ladder would involve dodging bullets. But after he discovered corruption at a leading financial firm, someone wanted his head. Even worse, he feared he was about to lose an exciting opportunity to join the Colby Agency.

Now on Christmas Eve he was locked inside a skyscraper equipped with a state-of-the-art security system alongside Colby receptionist Elaine Younger, a doe-eyed beauty not to be underestimated. But with four masked men intent on bringing the agency to its knees, it was going to be a long night of gunfire and dangling mistletoe before Christmas dawned on the most dangerous couple in Chicago.
Reviews from Goodreads.com