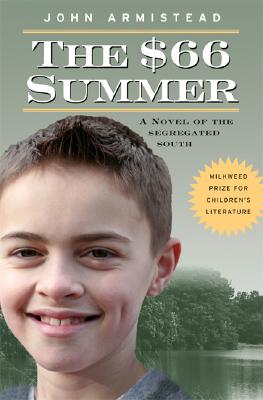 Share:
More than anything else, George Harrington wants a motorcycle. He works in his grandmother's store in Obadiah, Alabama, trying to save enough money for the precious bike. Esther Garrison works at the store, too, trying to earn money for a dream of her own  to continue her education. George, Esther, and Esther’s brother Bennett quickly become friends, even though George is white and the Garrisons are black. The three spend their time together sneaking onto Mr. Vorhise’s property to fish and search for outlaw treasure, avoiding his vicious dogs and the strange old woman who seems to stalk them. George, Esther, and Bennett find more than fish on Mr. Vorhise's land  they stumble onto chilling evidence that shatters their idyllic summer and the town’s peaceful surface. As the tragic events unfold, George must confront the ugly realities of racism, realities that force him to rethink his priorities. John Armistead’s memorable, carefully drawn characters capture the hope and heartbreak of a turbulent era.