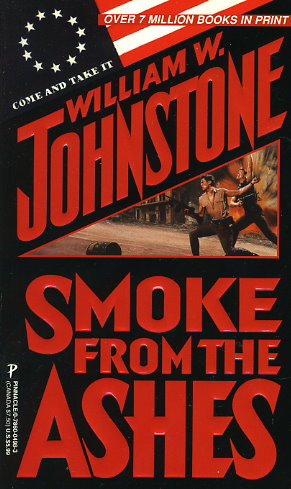 "What's left of America? Roaming gang of thugs, punks and killers who have more rights than the law-abiding citizen. I'd like to think I can make a change. Even if I have to back it up with gunpowder."
-- BEN RAINES

A NATION ON FIRE

The devastating nuclear nightmare of the Great War brings civilization to the brink of destruction. Only Ben Raines and his Rebels share the dream of rebuilding society out of the smoldering remains of America...

The power-mad Libyan terrorist, Khamasin, has already begun his bloodthirsty assault on America's southern tier. But an even deadlier threat lurks in the plague-ridden ruins of the country's once-great cities: the Night People -- crazed, flesh-eating packs of mutants in search of fresh, human kill. Facing assault from two mortal enemies, Ben Raines and his Rebels are in for the battle of their lives. But the do-or-die freedom fighters are willing to face Hell on Earth to strike a blow for America's survival.
Reviews from Goodreads.com