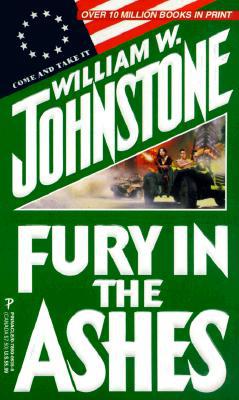 "We're the last known barrier against total, worldwide anarchy. If we fall, the whole damn world falls with us."
-- BEN RAINES

To the few who survived the Great War, their reward was a cruel joke. The politicians had told them that all the major cities of the world had been destroyed, and it was only years later that Ben Raines and his legion of dedicated warriors learned the truth. The vast metropolises of America's West Coast had become bastions of mutant Night People and thousands of well-trained, well-armed punk street gangs eager to fight all those who threatened their empires of lust and murder.

It's a great big dirty mess, but Ben Raines and his army is willing to make any sacrifice necessary to mop up California from San Francisco to Los Angeles and strike a final blow for freedom's cause...
Reviews from Goodreads.com