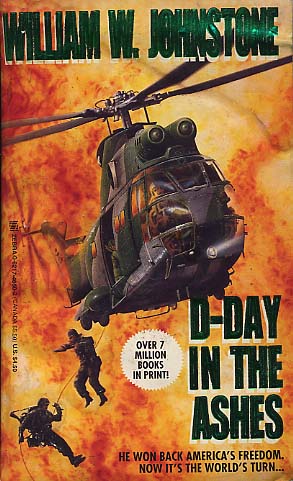 "When people take from society in the form of criminal acts, I see no point in keeping those people around. Not at taxpayer expense. If they come into Rebel Territory with anything on their minds other than obeying the law and working hard and respecting the rights of others, we know what to do. We'll bury the bastards."
--Ben Raines

NOW, THE BESTSELLING EPIC ADVENTURE OF A NEW AND FREE NATION RISING FROM THE ASHES OF A POST-APOCALYPTIC AMERICA EXPLODES ON A GLOBAL STAGE...

General Ben Raines and his proud, indomitable army of Rebels weren't cut out to be international peacekeepers. But the whole world watched with awe, admiration, and terror as Raines and his followers fought the take-no-prisoners battle for justice and liberty...and cut down the last bastion of lawlessness in North America. Now, they've been called up to deliver order to a planet in chaos. Raines will take the job, on one condition.

He'll do it his way--all the way.
Reviews from Goodreads.com