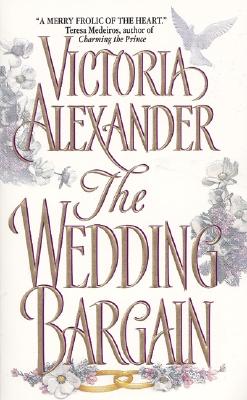 SHE WANTED TO MARRY A HERO

Maximillian Wells, the Earl of Trent, couldn't believe his ears-or his eyes. Before him stood beautiful, unattainable Pandora Effington, the ton's most scandalous beauty. Max believed the fiery heiress would make a most satisfactory bride, and now she was making him a most tantalizing offer. If he wanted to take Pandora's hand--and the rest of her irresistible body--in marriage, he had to play a game of her devising--one he had no intention of losing ...

After seven glorious seasons, Pandora knew it was time to wed, but most of London's eligible bachelors left her cold. She longed for a true hero ... a man who would do anything in his power to win her love. Maximillian's very touch sent shivers down her spine and made her dream of long nights spent in his arms. But was he willing to risk everything to prove his love?
Reviews from Goodreads.com

Review from The Romance Reader:

When the Earl of Trent is invited to a private meeting with Pandora, he decides he will have her as his wife. Pandora is reluctant and comes up with a game to play - Max must prove he is her hero. What better way to prove heroism than to perform the Twelve Labors of Hercules!

Pandora is certain there's no way the Earl can complete the tasks. After all, how can he defeat the nine-headed Hydra? Or defeat the wild boar of Erymanthus? Or capture the wild bull of Crete?

As Max conquers each task, Pandora grows more in love with him, yet she is not sure he loves her. No declaration of love is made by either Pandora or Max, and Pandora vows not to marry without love. Will Max be victorious and Pandora trapped in a loveless marriage?

THE WEDDING BARGAIN is a satirical, yet sensual, but definitely enjoyable Regency romance that pokes fun at the marriage mart. The story line never lets up as Max toils through the "Herculean" tasks to win the hand of his Dora. The lead couple is a delight due to their constant battling and the support cast, especially their mutual best friends, adds depth to the plot. Victoria Alexander has written a triumphant romp that will elate fans of historical romance regardless of era preference.