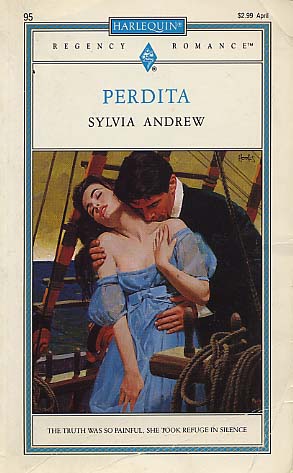 PERDITA, THE LOST ONE, HAD BEEN FOUND -- BUT WHO WAS SHE?

Was she a pirate's plaything or a more innocent prisoner of the Algerian pasha? Whoever she was, she suited Lord Ambourne's dark purposes. He would buy her from the pasha and make her a lady -- the perfect instrument for revenge.

He called her Perdita. No other name would have suited her. She was wild and beautiful, all but impossible to tame. But Perdita seemed to have secrets of her own, and Lord Ambourne found he wanted to know them. Or did he? If he began to care, how could he ever force her to take parting his schemes?
Reviews from Goodreads.com