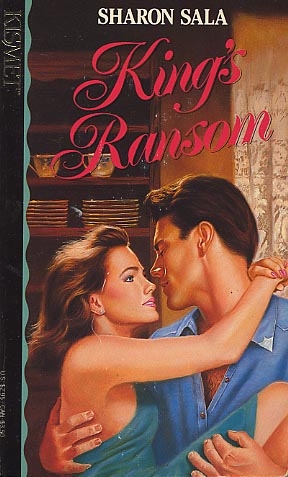 Jesses nightmare was always the same: the sudden awareness that she wasn't alone. The odor of sweat and alcohol. The rough, ugly words. And the knife. Always a fighter, Jesse had used the assailant's knife to drive the man away, but the terrifying memory remained, along with the cuts on her hands and the threat of a repeat incident. Jesse was leery of every man who came near her -- until she looked up from her hospital bed and saw the dark-haired, dark-eyed cowboy who'd always been like a brother to her.

The minute King McCandless saw Jesse's tired face, he decided to bring her back to Oklahoma. He wasn't going to leave her alone in St. Louis with a madman on the loose.

At home on the sprawling land of the Double M Ranch, Jesse received the best therapy possible: warm sunshine, hearty laughter, and a caring cowboy's touch. But each time she heard the husky rasp of his voice, each time she looked into his dark eyes, Jesse realized that she couldn't stay much longer. She couldn't pretend that King was her big brother anymore. Jesse LeBeau wanted this man -- heart, body, and soul.
Reviews from Goodreads.com