Colleagues, friends, and lovers know Dodge Hanley as a private investigator who doesn't let rules get in his way--in his private life as well as his professional one. If he breaks a heart, or bends the law in order to catch a criminal, he does so without hesitation or apology.That's why he's the first person Caroline King--who after a thirty-year separation continues to haunt his dreams--asks for help when a deranged stalker attempts to murder their daughter . . . the daughter Dodge has never met. He has a whole bagful of grudging excuses for wishing to ignore Caroline's call, and one compelling reason to drop everything and fly down to Texas: guilt.Dodge's mind may be a haze of disturbing memories and bad decisions, but he arrives in Houston knowing with perfect clarity that his daughter, Berry, is in danger. She has become the object of desire of a co-worker, a madman and genius with a penchant for puzzles and games who has spent the past year making Berry's life hell, and who now has vowed to kill her.Dodge joins forces with local deputy sheriff Ski Nyland, but the alarming situation goes from bad to worse when the stalker begins to claim other victims and leaves an ominous trail of clues as he lethally works his way toward Berry. Sensing the killer drawing nearer, Dodge, who's survived vicious criminals and his own self-destructive impulses, realizes that this time he's in for the fight of his life.
Reviews from Goodreads.com

Dodge Hanley is working as a private investigator when he gets a call from his former wife, Caroline King, that their daughter, Berry, is being stalked by a mad man and was almost murdered.

He arrives in Houston and Caroline and Berry tell him that Orin Starks, who used to work with Berry has become derranged and is attempting to kill her. He entered her home and confronted her, telling her he'd come to kill her. However, her screams brought her friend, Ben Lofland, to the room. Ben surprised Orin, who then wounded Ben and fled the house.

Dodge is a no nonesense, chain smoking cop in the Clint Eastwood-Dirty Harry image. He begins working with local deputy Sky Nyland, an Afghanistan War vet.

As the men search, Orin Starks goes on a killing rampage. One of the bodies found was another former worker with Berry and Orin. This woman also had difficulties with Starks at their former company.

I wanted to like this novel more but found the characters stereotypical and uninteresting. When Berry's full story is told, my opinion of her became much less and I found that I couldn't care less, what happened to her.

Sandra Brown is an excellent writer and I've enjoyed her thrillers in the past but this novel disappointed. 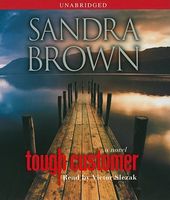 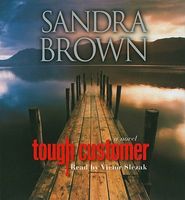 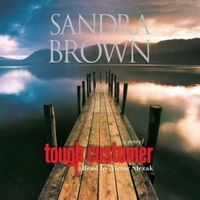