The Boss, The Baby and Me — Raye Morgan 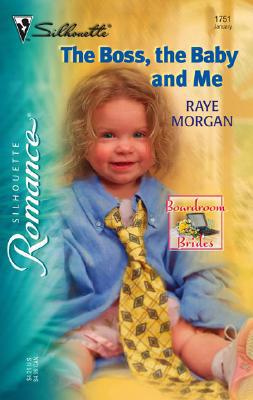 In this secretary's opinion, Allman Industries' newest bigwig was a snake in the grass! After all, the feud simmering between the rival Allman and McLaughlin clans had divided Chivaree, Texas, for over a century. So why in tarnation had Kurt McLaughlin switched sides to work for Jodie Allman's family-run business...as her boss no less?

Although Jodie harbored a forbidden attraction to the disarmingly handsome thorn in her side, she didn't trust him. Then, in a twist of fate, she found herself playing house with the sidelined single dad -- and her heart melted at the sight of Kurt doting on his angelic baby girl. Would Jodie be satisfied with mending fences with the enemy after a taste of family bliss had given her an appetite for so much more?


Boardroom Brides -- three sassy secretaries are about to land the deal of a lifetime!
Reviews from Goodreads.com