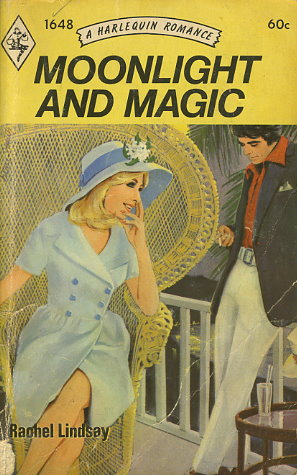 Jane Berry was, in looks, the image of Janey Belton, the famous and glamorous heiress.

For certain reasons, Jane agreed to "double" for the other girl on a luxury cruise of the Mediterranean. Little did she foresee the complications that would cause.

MILLS AND BOON BACK COVER
Cruising in the Mediterranean on a luxury liner, with a wardrobe of beautiful clothes and a jewel-case full of fabulous jewels. Jane Berry should have been in the seventh heaven of delight - but in fact she was beginning to look on the whole thing as a nightmare.
For not only was she there under false pretences - she had changed places with a celebrated heiress whose double she happened to be - but she had a job to do.
Somewhere on board was the man who had stolen a priceless diamond, and it was Jane's task to run him to earth. And into this risky situation came an even more disturbing element, as all the evidence of his identity pointed to the man with whom Jane had fallen irrevocably in love.
Reviews from Goodreads.com