The Children of Men — P.D. James 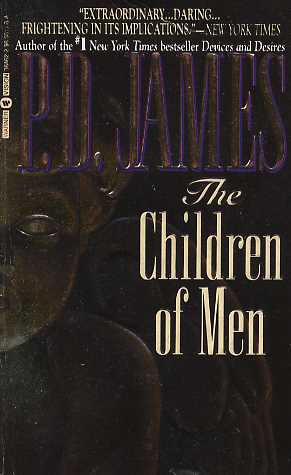 It begins in England, in 2021, in a world where all human males have become sterile and no child can ever be born again. The final generation has turned twenty-five, and civilization is giving way to strange faiths and cruelties, mass suicides, and despair. Theodore Faron, Oxford historian and cousin to the omnipotent Warden of England, a dictator of great subtlety and total power, has nearly resigned himself to apathy and a future without a future. Then he meets Julian, a bright, attractive woman who wants Theo to join her circle of unlikely revolutionaries, a move that may shatter his shell of passivity...and maybe, just maybe, hold the key to survival for the race.
Reviews from Goodreads.com