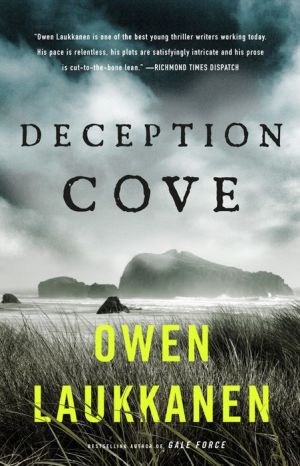 For fans of CJ Box and Michael Koryta, a new thriller set in remote Washington State, where a widowed ex-Marine and a misanthropic ex-convict grudgingly team up to save the only thing they have in common--the rescue dog who changed both their lives.

Widowed while deployed overseas, former US Marine Jess Winslow reenters civilian life with little more than a falling-down house, a medical discharge for PTSD, and a dog--specifically Lucy, a black and white pitbull mix trained to help Jess cope with the crippling memories of her time in Afghanistan. But Jess also inherits a heap of trouble, of her late husband Ty's making. A corrupt deputy sheriff comes looking for a mysterious package -- and leaves with Lucy, threatening to have the dog destroyed unless Jess delivers the goods allegedly stolen by her husband before his untimely death.

The next person to appear on her doorstep is a newly released ex-convict. Surprisingly, he's there to help. The only good thing to come of Mason Burke's fifteen years in prison was the dog he trained there for a service-animal program--Lucy. She helped keep him sane; now he'll stop at nothing to keep her safe.

Forced into an uneasy alliance in order to save Lucy, Jess and Mason must learn to trust each other. But finding Ty's package is only the start of their battle. To avoid becoming collateral damage in someone else's private war, they'll have to fight back--and conquer their own doubts and fears.

DECEPTION COVE is a gripping story of survival and redemption set in the Pacific Northwest's most beautiful and most dangerous coastal terrain.
Reviews from Goodreads.com