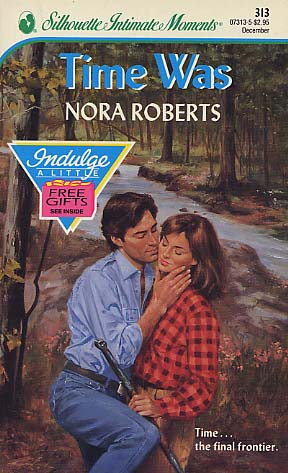 THE MAN WHO FELL TO EARTH

Studying the past hardly prepared anthropologist Liberty Stone for loving a man from the future. Caleb Hornblower, with hair as black as deep space and eyes as blue as the Oregon sky his ship had fallen from--made her level head spin. In his arms time stood still, but soon he'd go where she couldn't follow.

Born in 2222, Cal couldn't believe he'd crashed through a gateway to the past and was being sheltered in a remote cabin by a captivating twentieth century woman-one whose strength and innocence filled him with an aching desire. He belonged in the future, but if Libby was part of the past, how could he leave it--and her--behind?
Reviews from Goodreads.com