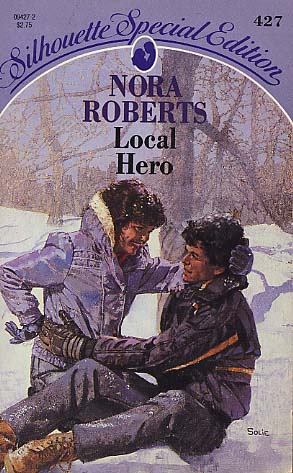 Who was that masked man...?

His trade was creating heroes, but comic book writer Mitch Dempsey had never seen himself as one. But something about Hester Wallace, the shy single mom who moved in upstairs, made him long to protect, honor and love her forever....

When Mitch appeared in Hester's doorway bearing gifts, she knew she should beware. Single mother had just moved and didn't need trouble in the form of an all-too-attractive downstairs neighbor. She had one man in her life; she didn't want or need another. Her nine-year old son had no such qualms. When he discovered Mitch was the creator of his favorite comic book here, he was sold. But how could she stop her son from making a father figure out of the sexy man downstairs?

Mitch was quickly becoming a hero himself! Though he was no Superman, Hester made him feel he could leap tall buildings in a single bound. But could he convince her she needed a hero to call her own?
Reviews from Goodreads.com