One Night with a Rake — Louise Allen 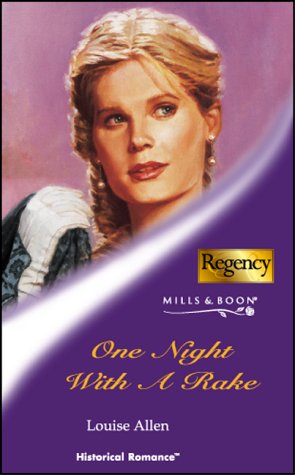 The rake had lost his memory...Beautiful widow Amanda Clare woke up in a strange bed, lying next to a tall, dark, very handsome stranger! Knocked out in a stagecoach accident, they'd been rescued and it had been assumed that they were married - reason enough to put them to bed in the same room! Amanda had no idea who the man was - but, intriguingly, neither did he! The obviously wealthy gentleman had lost his memory, and was without two guineas in his pocket. Now Amanda felt obliged to take the gorgeous stranger under her wing - and continue the pretence that they were man and wife.
Reviews from Goodreads.com