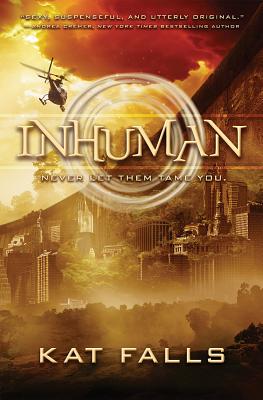 In the wake of a devastating biological disaster, the United States east of the Mississippi has been abandoned. Now called the Feral Zone, a reference to the virus that turned millions of people into bloodthirsty savages, the entire area is off-limits. The punishment for violating the border is death.

Lane McEvoy can't imagine why anyone would risk it. She's grown up in the shadow of the great wall separating east from west, and she's curious about what's on the other side - but not that curious. Life in the west is safe and comfortable . . . just how she likes it.

But Lane gets the shock of her life when she learns that someone close to her has crossed into the Feral Zone. And she has little choice but to follow. Lane travels east, completely unprepared for what she finds in the ruins of civilization . . . and afraid to learn whether her humanity will prove her greatest strength or a fatal weakness.

Kat Falls brings you to the very edge of civilization and dares you to jump.
Reviews from Goodreads.com