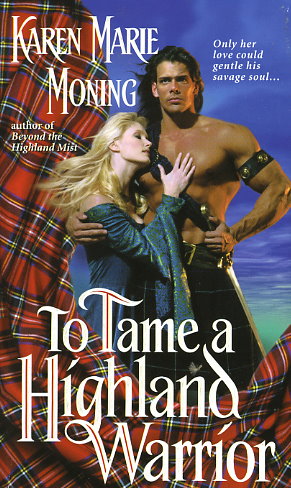 Only her love could gentle his savage soul....

He was born to a clan of warriors of supernatural strength, but Gavrael McIllioch abandoned his name and his Highland castle, determined to escape the dark fate of his ancestors. Hiding his identity from the relentless rival clan that hunted him, he called himself Grimm to protect the people he cared for, vowing never to acknowledge his love for ravishing Jillian St. Clair. Yet even from afar he watched over her, and when her father sent an urgent summons, "Come for Jillian," he raced to her side--into a competition to win her hand in marriage.

Why had he run from her so many years before? And why return now to see her offered as a prize in her father's manipulative game? Furious, Jillian vowed never to wed. But Grimm was the man she loved, the one who urged her to marry another. He tried to pretend indifference as she tempted him, but he could not deny the fierce desires that compelled him to abduct her from the altar. She was the only woman who could tame the beast that raged within him--even as deadly enemies plotted to destroy them both....
Reviews from Goodreads.com

AUTHOR: Second time reading a book by Karen Moning. She is now on my TOP FIVE list of favorite Romance Authors. Her books are adventurous and passionate.

SYNOPSIS
Grimm, short for Gavrael Roderick Icarus McIllioch, with an extra "m" of course, witnesses many deaths and wants vengeance at a very early age. He calls on a power that whispers in his ears. Seeing his mother amongst the dead, he runs away from home taking a secret about himself with him. Hungry and dirty, he is taken in by the St. Clair family. Jillian St. Clair as a young child loves him at first site. Years later a constant pursuing enemy intent on destroying Grimm finds him living with the St. Clairs. They attack the castle home. After doing battle, Grimm leaves with the intent of protecting the St. Clair family, leaving broken hearted 16 year old Jillian behind. Time passes and at the age of 21 years, Jillian is continuously pressed by her father to get married. He forces her into a situation to make a choice by inviting (3) warrior suitors to win her as a bride. Grimm is among them, still carrying his secret. He has always found Jillian a bother and a source of irritation. The story will eventually lead to him returning to his original home that he no longer thought existed.

SEX SCALE: Of the following five options: 1) NOT very descriptive and requires imagination' 2) WILL make you wiggle a little) 3) WISH it was me; 4) OH boy, do not have to use my imagination at all; 5) EROTICA and well over the top
******THIS BOOK GETS A THREE for "WISH it was me" rating because when the emotion of love finally comes to a realization, OH BOY I WISH IT WAS ME. Sexy, loving, caring******

LEAST FAVORITE PART: Return to the village of Tuluth and to Maldebann Castle

FAVORITE PART: Felt author carried out the bickering between Jillian and Grimm for too long. After a while, it was really annoying to read.

YOU WILL LIKE THIS BOOK IF YOU LIKE: Hidden secrets and hidden love. Men competing over one woman. When the passion spicket is turned on, boy does it run! Misunderstandings and unhappiness that takes many years to get sorted out. 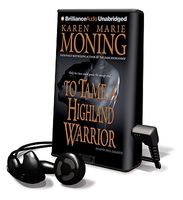 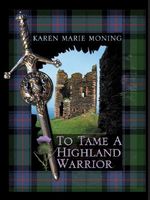