Love Only Once — Johanna Lindsey 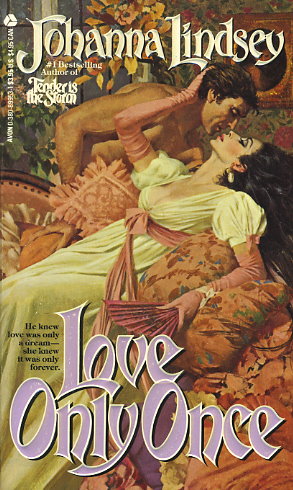 WHEN LOVE IS BOTH TORMENT AND ECSTASY...

Her life changed forever the night she was abducted from a dark London street and carried to a stranger's townhouse. At first Regina Ashton was amused, then outraged at the arrogance of this bronzed, golden-curled seducer who so deftly taught her a woman's passion... and a woman's shame. Though he dragged her good name through the mud, Reggie knew she would never be able to forget Nicholas Eden.

Nicholas was intrigued by this fiery, black-haired beauty who stirred his desires in ways that no woman had before. But a painful secret from his past hardened his heart against Reggie completely -- while Reggie's pride reined back her own deep longings.

Fate and scandal had thrown them together. But it would take more than that to make them admit their needs. It was not until tragic misunderstandings and storm-tossed dangers almost destroyed everything they once shared that they realized their blazing destiny... to LOVE ONLY ONCE.
Reviews from Goodreads.com

wonderful entertainment. i wish to read more of her books 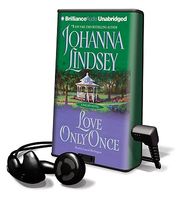