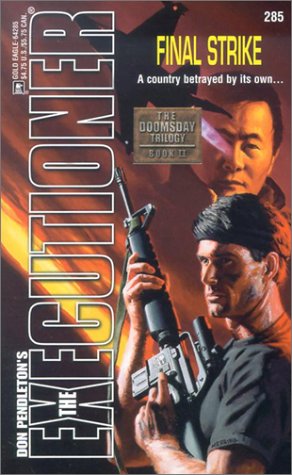 With a "whatever it takes" directive from the Oval Office, Mack Bolan is leading the counter offensive against a conspiracy to destroy American democracy. Rogue elements deep within U.S. intelligence circles have reached out to America's worst enemies, North Korea and Iraq, and brought them into a plot of anarchy and mass destruction.

While a doomsday army waits on the sidelines with backpack nukes and nerve gas, the preliminary bloodbath is unleashed by the Iraqi jihad, in a death sweep from New York to Chicago to Los Angeles. Battle lines are drawn as top American scientists and a hijacked U.S. spy plane are pressed into service for the enemy.

But Bolan refuses to let them win. If they want to play, he'll play.

It's the Executioner's game.
Reviews from Goodreads.com