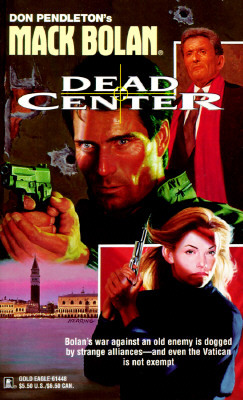 An old-line mafioso's death and the abduction of the capo's young great-grandson launch a turf war that reaches all the way to Romania's most powerful crime boss.

Mack Bolan's Everlasting War reunites him with his oldest foe when a friend asks his help in finding the boy and keeping his mother safe. But each step of the campaign becomes a murky new front in a murderous free-for-all that includes a papal assassin and a fifty-year-old secret buried in blood.

Bolan's baptism by hellfire won't stop until he's exacted the highest price from those who wage war against the innocent. Justice is coming, and it
will be relentless....
Reviews from Goodreads.com