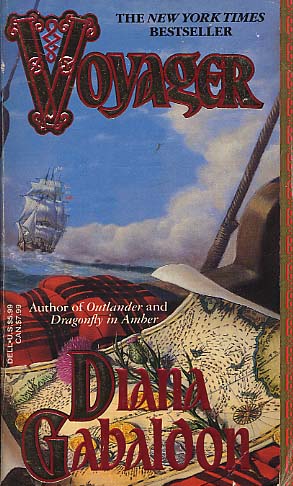 Twentieth-century time traveler Claire Randall faces a possibility both fearsome and exhilarating. Having returned to her own time, pregnant and brutalized by her trip through the standing stones, she makes a new life for herself, training to become a doctor and raising her daughter, Brianna. But the passage of two decades does little to dim the memory of 18th-century Scotland and gallant young clansman Jamie Fraser or the life they once shared; and the constant presence of Brianna, with her father's brilliant red hair and well-loved features, is a painful reminder of the past. Now Brianna is grown, and Claire learns that Jamie may have survived the bloody Battle of Culloden. Dare she risk another trip through the stones, a trip that easily could prove fatal? Will she even be able to find Jamie? And how can she leave behind her beloved daughter, knowing all too well they may never see each other again? The risks are great, the losses unthinkable. Surely the passage of time has changed Jamie too. What might be left of the love they once shared? But courage, and hope, make all things possible. Claire takes a leap of faith through the standing stones, bridging a chasm of some twenty years. For a second time, she seeks her destiny with a man she cannot forget. Both of them, uprooted from past and present lives, move as one from the battlefields of Jacobite Scotland to the exotic West Indies, in league with Highland smugglers and Caribbean pirates and face-to-face with political intrigue and the dark mysteries of voodoo magic. Together, in their bold voyage to an unknown destination, they are braving the treacherous tides of the human heart.
Reviews from Goodreads.com

Voyager is the third book in the Outlander series by American author, Diana Gabaldon. Having learned that Jamie did not die at Culloden, Claire, Brianna and Roger use their investigative skills to track his movements some two hundred years later. With her daughter’s blessing, she returns to the Standing Stones at Craigh na Dun to revisit the eighteenth century and find the man she never stopped loving.

In this instalment, Gabaldon mainly uses Claire as her first-person narrator, but Jamie, John Grey and Roger Wakefield also tell aspects of the story from their perspective. With the novel being in excess of a thousand pages, Gabaldon has plenty of room to tell her tale, so she manages to include much of what happened to Claire and Jamie in the intervening twenty years as well as the rollercoaster ride that is their lives since their reunion.

Gabaldon’s plot takes many turns and manages to include hidden gold, a secret son, bigamy, a kidnapping, pirates, black magic, a slave uprising, a crocodile, a séance, a shipwreck, a Chinaman with a foot fetish, and a hurricane. Claire buys a slave, jumps ship, kills someone with an axe and posits a theory for the Loch Ness monster. And as the title suggests, there is a lot of voyaging going on. This is a highly addictive series and fans will be eager to continue with The Drums of Autumn. 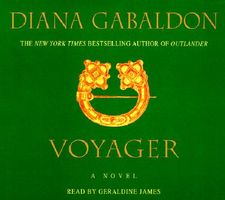 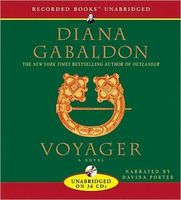