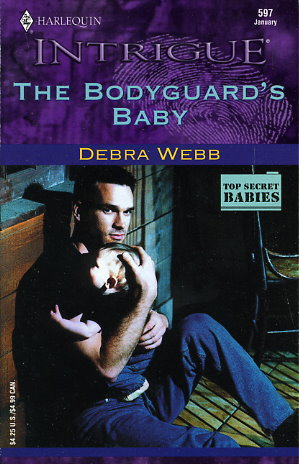 HE'D BEEN FULLY PREPARED TO GIVE HIS LIFE TO PROTECT HERS.

And that's what it had almost cost bodyguard Nick Foster. Laura Proctor was more than a job to Nick -- and they had unfinished business. For two years Laura was suspected dead. Nick hadn't believed it. But he also couldn't believe she'd had a baby in that time...with anyone else but him.

Laura would trust Nick with her life, but not with her secret. And she wouldn't go back to Jackson, Mississippi, with him and leave her child in the hands of a kidnapper. Somehow she had to convince Nick that her baby was missing, but that the child wasn't his. Because the closer he got to the truth, the more danger would come to them all.
Reviews from Goodreads.com