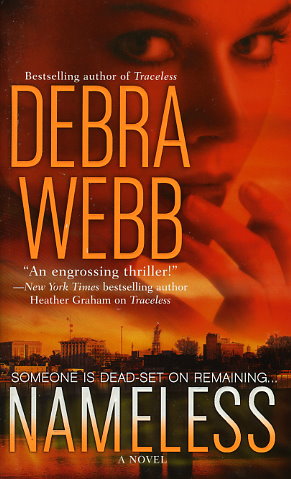 WHAT SHE DOES NOT KNOW KEEPS HAUNTING HER.
Vivian Grace is an FBI rookie on a mission: To hunt down a kidnapper--with all her heart. Because for Vivian, herself a victim of a vicious kidnapping years ago, this case is about more than justice. This time, it's personal.

WHAT HE KNOWS COULD DESTROY THEM BOTH.
Ryan McBride is an ex-agent who was scapegoated three years ago for a kidnapping case gone fatally wrong. Since then, he has been drinking himself into oblivion, trying to forget the past. Until Vivian shows up at his door and knocks him head-first into the present. Someone is using his and Vivian's darkest secrets against them--and time is running out for the victims...

THE ONLY ONE WHO KNOW S THE TRUTH IS NAMELESS
Reviews from Goodreads.com