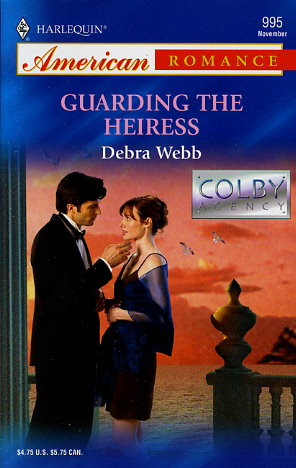 Doug Cooper's first major assignment with the prestigious Colby Agency: protect the newly discovered D'Martine heiress and turn her into a lady. The tough-as-nails bodyguard has his hands full with Eddi Harper, who's more tomboy than princess and prefers baggy overalls to designer gowns.

But during the long days and nights he spends instructing her, the small-town beauty innocently breaches the walls he's erected around his heart. Though Doug tries to remain professionally detached, keeping his distance becomes impossible once Eddi's life is threatened. Doug swears he'll stop at nothing to guard the heiress, but who's going to guard his heart?
Reviews from Goodreads.com