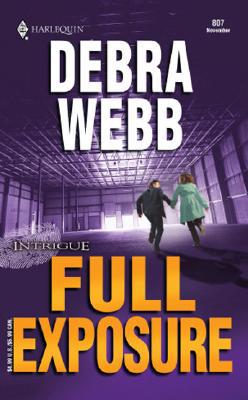 Specialist Cole Danes's investigation revealed the unthinkable: a trusted, longtime personal assistant to Victoria Colby had been the source leaking highly sensitive information that could have resulted in the agency's destruction. But it soon became clear that a secondary party was the real culprit. Single mom Angel Parker was being manipulated and controlled by a sinister mercenary driven to destroy the Colby Agency using any means necessary. Only, that was about to stop...dead!

Cole was determined to complete his mission, and he needed Angel to accomplish that end. But he didn't expect to need Angel.... He had every intention of being as ruthless as his adversaries and using Angel as his pawn, but spending time in seclusion with her wore away his emotional armor. Now he was more concerned with protection than retribution, which could prove fatal for them both.
Reviews from Goodreads.com