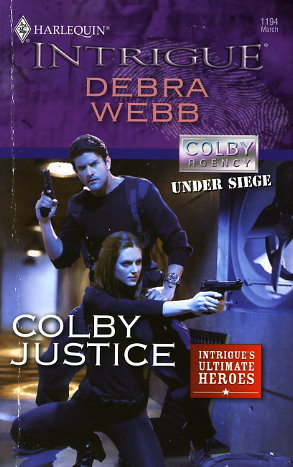 With the deadline for his demands fast approaching, Victoria Colby-Camp's captor starts to exact the revenge he deems justice. Now in session: a mock trial sure to end in a death sentence for Victoria...unless Equalizer Ben Steele and Colby rookie Penny Alexander can pull off a daring, nearly impossible rescue.

The only problem is some serious friction between the two. Loner Steele travels with so much emotional baggage that he can't trust a woman partner. Alexander, new to the job and insecure, harbors a secret that could fatally jeopardize the mission. And once Steele finds her out, anger, resentment, lies and accusations trail their every heart-stopping move. Can this risk-all rescue operation -- and The Colby Agency -- be saved?
Reviews from Goodreads.com