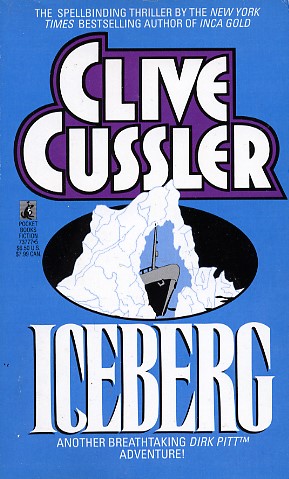 A BIZARRE OCEAN VESSEL WITH A CREW OF CORPSES... A DEADLY ARCTIC CONFRONTATION... A VICIOUS INTERNATIONAL CONSPIRACY TO HIJACK A CONTINENT!

Frozen inside a million-ton mass of ice -- the charred remains of a long-missing luxury yacht, vanished en route to a secret White House rendezvous. The only clues to the ships priceless -- and missing -- cargo: nine ornately carved rings and the horribly burned bodies of its crew.

DIRK PITT, intrepid hero of Clive Cussler's smash bestsellers Treasure, Dragon, and Sahara confronts the most lethal network of intrigue and murder in his war against international crime. Only his strength, skill and daring can thwart a supercharged scheme that could blow every fuse on earth!
Reviews from Goodreads.com